Manchester, as the UK’s second biggest city and with some of the heaviest rainfall, is often referred to as the “rainy city”. It is also a city that suffers from considerable flooding, with the five rivers that flow through it acting as a major flooding source. The GrowGreen project in Manchester looks to address some of these flooding issues, with the creation of the first ‘park that drinks water’.

The city’s long history of flooding is partly due to an ageing sewer system, culverted rivers and large areas of impermeable surface due to the city’s growth. Surface water flooding has increased tenfold between 1945 and 2008, and is predicted to increase further with climate change.

Manchester’s nature-based solutions demonstration project is a park designed to ‘drink water’ and therefore aims to tackle flooding. Located in the neighbourhood of West Gorton, and opened in June 2020, it is the culmination of a ten year regeneration programme for this area. The park includes meadow, woodland and community areas, and has been designed with local residents. The NBS design features in the park includes bioretention tree pits, swales, rain gardens, permeable paving and an irrigation rill. Existing trees were pruned to provide more attractive tree cover, framing the park and contributing to the water retention functionality of the park.

In addition to flood protection, the project also provides other benefits, including improving air and water quality, increasing biodiversity and enhancing community cohesion and active lifestyles. Find out more about what is going on in the park by following us on Twitter and Facebook.

Manchester City Council is also updating its Green Infrastructure Strategy. This will include the addition, thanks to GrowGreen funding, of ‘River Valley Action Plans’ for Manchester’s three main rivers, the Irk, Mersey and Medlock. Inspired by the GrowGreen partner city of Wuhan’s ‘Sponge Cities’ programme, these new river valley strategies will highlight the key role the city’s rivers play in reducing flood risk, alongside their multiple other benefits. Extensive local consultation is underway to complete these new action plans by September 2021. 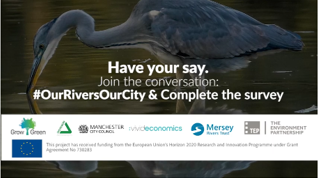 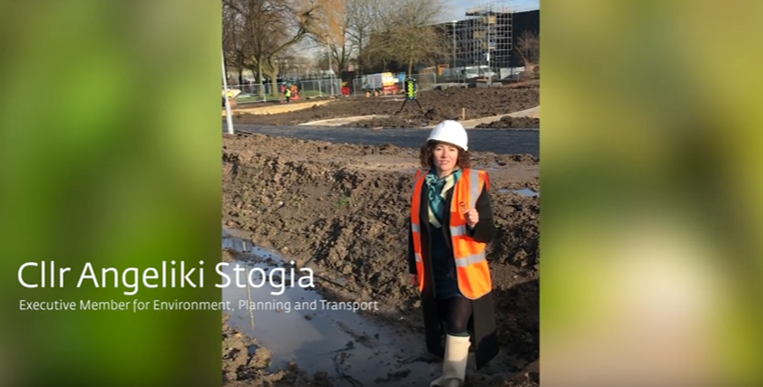 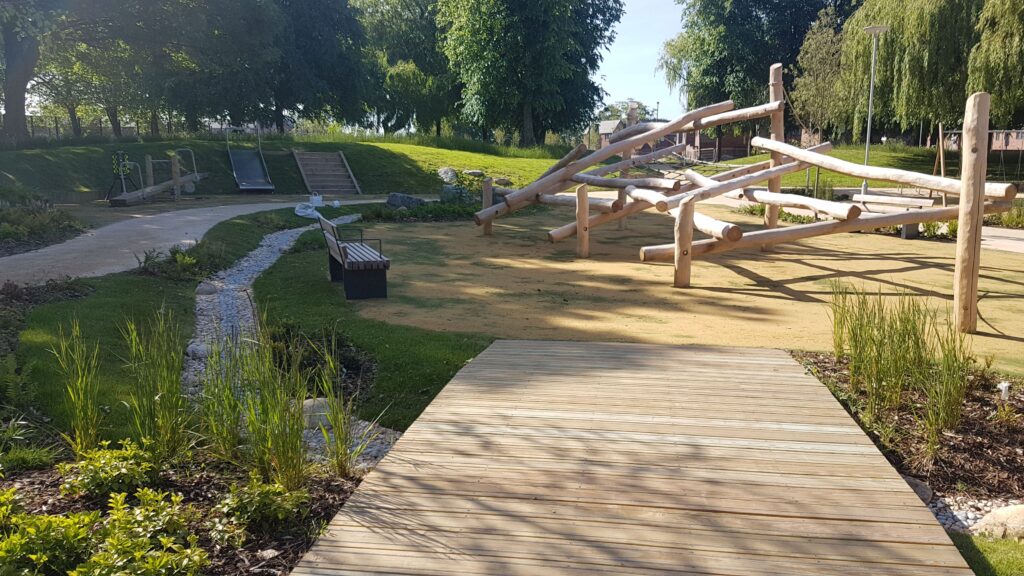 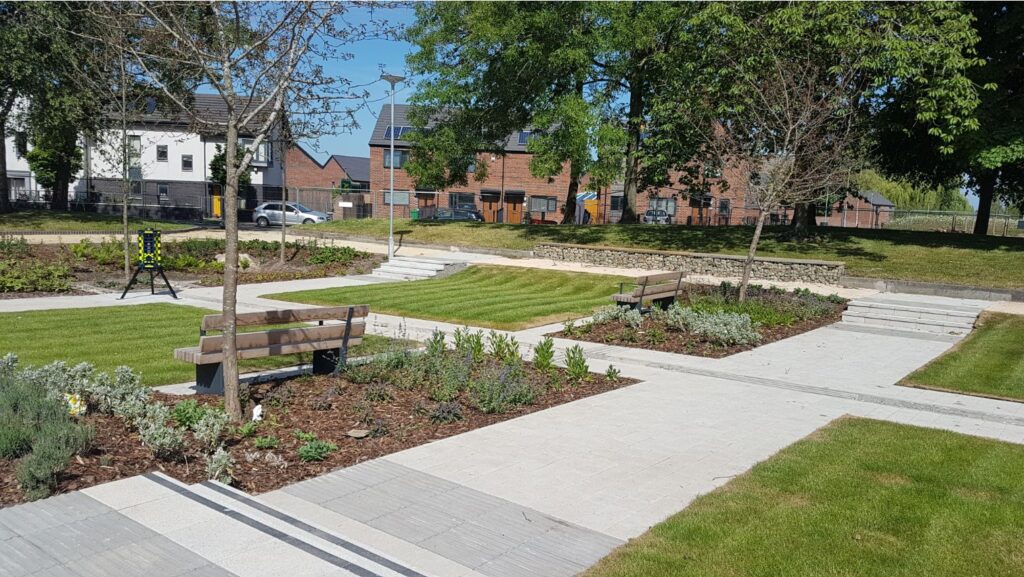 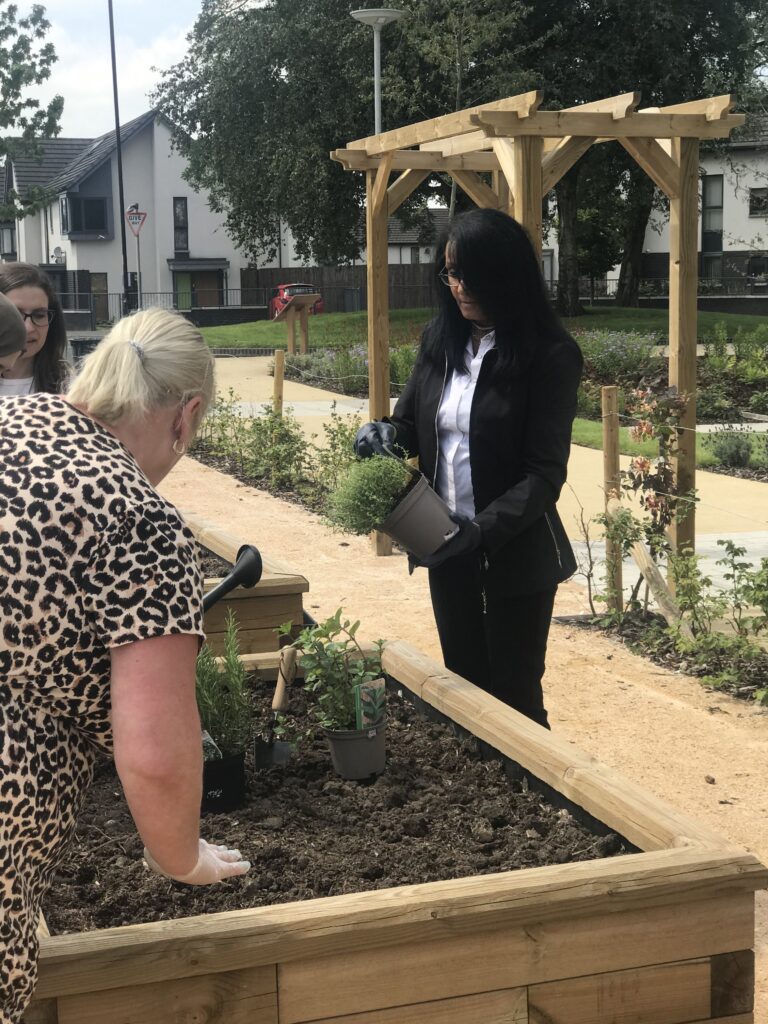 • The community in the West Gorton neighbourhood of Manchester contributed to designs for the nature-based solutions demonstration project to reduce flood risk and provide several other benefits.
• Development of the river valleys action plans to reduce flood risk in the city based on the Sponge Cities concept was procured in March 2020.
• The Our Rivers Our City campaign to engage citizens in the development of action plans for three of the city’s river valleys launched in June 2020.
• The demonstration project, a park that drinks water, opened in West Gorton in July 2020.

Exchange on nature-based solutions with GrowGreen