Learning from Campinas – the difference that linear parks, as NBS, can make for people, nature and the economy

In order to strengthen engagement from political decision-makers and to create opportunities for the replication of Nature-Based Solutions (NBS), the political representatives of the GrowGreen cities were invited to participate in a virtual visit to the city of Campinas, Brazil.

With more than 1 m 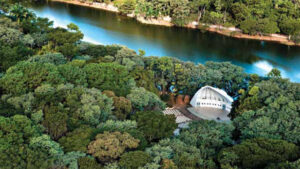 illion inhabitants, the city of Campinas is the largest inland city of Brazil, located in the heart of São Paulo, the most populous, wealthy and industrialized Brazilian state. The city has a history of land-use, fragmentation of green areas and extensive landfill sites. However, more recently the city has been gaining growing attention for its efforts to increase the integration of nature in the urban environment.

The virtual visit was developed in the form of a video, produced by Maniva Produtora Audiovisual in cooperation with Campinas City Council and IUCN. Political representatives of Campinas and of several GrowGreen cities participated in a webinar on 30th May to watch the video and participate in a debate, providing an opportunity for exchange and learning on the implementation of NBS.

The virtual visit aimed to provide valuable insights into NBS related developments in the city of Campinas and their integration into urban planning, and in particular the implementation of the Linear Parks Programme. Linear parks were chosen as NBS to maintain and recover biodiversity, address rainwater management, ecosystem integration, and promote environmental education in the city.

The virtual visit provided insights from political representatives from the Municipality, citizens of Campinas and people working directly within the Linear Parks Programme.

The discussion stressed the importance of community engagement in NBS projects, and the representatives of Campinas explained how the community consultation process worked for the implementation of the linear parks. The discussion continued covering topics concerning the social and environmental impacts of the parks and related monitoring, financing NBS through state finance and international organisations, and the Brazilian government’s action plan for NBS.

Finally, representatives from each GrowGreen partner city shared the recent work being undertaken in their cities to support nature-based solutions, such as the West Gorton Community Park in Manchester, UK and the Kertatupage Project in Brest, France. Each city then discussed how the virtual visit and the exchange has inspired them to continue the implementation of NBS in their city.

You can watch the video here.